Excited to watch Belgium tonight, hoping Adnan gets some minutes to showcase himself.

so whats the prediction?

Algeria isnt that bad at all. 2-0 to Belgium?

What a horror show, this first half...Belgian sports is known for choking....is this what is happening.

was going to just say bring on Fellaini, lol

not impressed though so far

Fellaini made difference , I think Januzaj will play better than De Bruyne on left side but I'm happy he didn't get any minute today!

De Bruyne played a bad match, but he is our most important player.
Didn't exactly cover ourselves in glory. As a neutral i would have supported Algeria.

De Bruyne pass made the goal for Fellaini, so no matter he has an assist

Wow, it was a great second half! My congratulations to you guys! In the second half the Belgian team just dominated over opponent. Especially liked today Marouane Fellaini, this guy today was just gorgeous! I do not understand why he has not played since the first minutes of the match.

De Bruyne was very poor got slightly better late in 2nd half. He also looks about 12 years old, lol. Although to be honest coulda probably found a 12 year old that coulda done better. :p

Thought the 3 subs were Belgiums best players, Vertonghen was woeful though.

De brine looks like that Belgium comic book character with the dog... 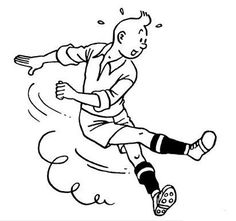 Martens had a superb season at Napoli..... surprised he didn't even start. He offers more than just attack - he's a good midfielder as well as forward.

I am totally with you on Mertens Stef...Wilmots uses him as a super sub, because he has won us lots of matches coming in...
His problem was that he wasn't needed in the qualifiers...But he won us matches against Holland, Tunesia, Algeria and other matches i forget...

I would play this team:

GK: Courtois (we never lost with him in goal, surely that will end this WC).
CB: Kompany
CB: Vertonghen (he is better than either Vermaelen or Van Buyten)
RB: Van Den Borre (a natural RB, ALderweireld is a CB)
LB: Vermaelen or Lombaerts (our weak spot: they are both CB's and so is Vertonghen)
DMF: Witsel (a certainty)
CMF: Dembele, Fellaini or Defour (Wilmots also hesitates)
AMF: De Bruyne (the most important player during qualifiers and also seen as the biggest talent by everybody in Belgium, not only by me).
LWF: Hazard
CF: Lukaku (i prefer Benteke, but he is injured - Origi was not bad yesterday)
RWF: Mertens

About yesterday.
This was a bad performance, most people here think the players suffered from nerves and from the irrealistic expectations (lots of people who don't follow football, suddenly became fans and now exprect the team to win the WC, which is madness).

The fact is that this is a very overhyped team and now the players experience the flip side of this crazy hype. At times (not yesterday) our team plays good football, but that is not enough.

We are very shaky defensively (Courtois masks a lot) and we don't score enough (Van Buyten is still the top scorer of this team and Benteke was the top scorer during qualifications, he is not in Brazil). How do you expect to win silverware with a shaky defens and with and inability to score goals ?


Milanista said:
Martens had a superb season at Napoli..... surprised he didn't even start. He offers more than just attack - he's a good midfielder as well as forward.
Click to expand...

not to be a smartass here but milanista, fyi, mArtens is a different player, who has been playing for AZ for so long and plays for PAOK atm. he also is a belgian.

for mertens, agree with you. he's a very dangerous player. in the euro2012 qualifiers against us(turkey) he was subbed in in second half for hazard(if I'm not wrong) he totally changed the game (couldn't change the scoreboard, though

congrats for the win Gerd! i missed the match coz i was working, but when i heard the result, i immediately thought about u

Thanks Ben, we won, but we played bad...

The team forthe match against Russia:

Vermaelen is an accident waiting to happen (and so is Van Buyten).

Good luck, Belgians, I hope this match will be exciting and fun! Let a best team win!

Thanks Artem.
I'm not so sure the best team won.
Russia were the better team for a large part of the second half and were denied a penalty. Belgium perhaps also (if the one against Fred is a penalty, the foul agianst Origi was one too, but perhaps only then).
Your captian played an excellent match against Fellaini and that Kannukiov guy was very good...
We didn't deserve the win, but of course i'm happy...good luck, i hope you qualify...but i can see us loose against South Korea...

De Bruyne (Tin Tin) was pure quality. Mertens in the 1st half too.
But on the 2nd half I don't know what happened that Belgium switched off. Couldn't have been the heat, because the Russians would suffer more, but they were full of energy still.

Anyways, Belgium progresses and I think they will start playing better in the knockout stages.

No, buddy, anyway the best team won yesterday, yes, we attacked a lot, but the goals have not been able to achieve, but you had such a wonderful counterattack ... and ... goal that decided the outcome of the match. Football is not only in the number of hits or attacks, in football should be able to score well, so yesterday you were better. So I can only congratulate you on this victory and I wish your team best luck in the match against S. Korea! You have a great team which deserve to make own mark in the history of the World Cups!

Three wins in three for Belgium. Good job. The match against USA won't be easy, but it is winnable.

Also, Lukaku hasn't had a good world cup so far. I noticed he got dropped for this match. I was expecting him do well. Do you guys think he'll play the next game(s)?

Origi (sp?) should not be dropped for Lakaku, he spat the dummy out on one of the games, don't know why, as he has been absolute rank and was awful in said game.

Young boy up front is an unknown quantity and for me has been one of their best players.

I think they'll get past USA, but that's as far as they'll go.

Origi will not start against USA, but i agree with you.
Can't say that yesterday's match was very attractive, but all in all our team has shown some solidity. Very good second half with one man down.Great match by Vertonghen and Van Den Borre (this guy should start every match, he is a real SB).

We reachedthe objective: second round. Despite the (over)hype that has Always been the objective.

Defour: what a silly thing to do on that particular part of the pitch...
My good friend Dembele is having a bit of a nightmare tournament...

Yesterdays match was one of the best in this worldcup.

This was finally a very good match.
Although the USA could have won (that chance in the 90th minute), i think Belgium deserved to win this match.
Yesterday we saw once again who the real star player of this team is. Not Eden Hazard, but Kevin De Bruyne. I saw some OPTA stats from him and they were quite impressive. It's the first time in a World Cup match since 1982 (Strachan against New Zeland) that a single player has created that many chances...this is the Kevin De Bruyne we saw in the qualifiers and in the Bundesliga.
What is even more encouraging is the performance of both Vertonghen and Alderweireld. Both are CB's playing as SB, and are considered our weakest links. Yesterday they both were immense.

Being in the QF's our tournament is a huge success, everything that comes on top of this is a bonus (as a matter of fact, this is already a bonus, being among the best 16 was the aim).

Can this team eliminate Argentina ?

Frankly, i don't think so. Argentina are far from impressive, but they got Messi who can decide matches all by himself. Apart from him, the Argentine team have a cynical edge, that most Belgian players (perhaps with the exception of Vertonghen) don't have... In the end this will be enough for Argentina to qualify...

But this WC never was the one where we expected big things, the next is...

finally a good game by Belgium, I think it also came coz of USA actually trying to play football so belgium had more space and played their football.

I think you guys will beat Argentina, you have a better team than what they have, also defenders are pretty good so I dont see Messing doing much in that game, Belgium 2 - Argentina 0 my prediction.

I love our Argies but it'll be special to see a City captain lift the WC trophy so I've got to support the Belgians from here on out. SorryZabaKun+Demi

Unlucky, but thought Argentina deserved it.

I don't think Belgium really gave us what we thought we were going to get, but think the hype went to people's head, as Gerd said it wasn't expected all over.

Thought there was too many players who never delivered, think Kompany (great defender) wasn't overly impressed at City (he made the team of the year??????) and never did anything in this tournie. Not a big fan of Vertonghen, but thought he did well.

Maybe if Benteke was there you never kniow, as Lakaku never really stepped up.

Courtois is quality too.


FD
You must log in or register to reply here.

The corona thread - write your story
2