He deserves a chance, he was decent with Atromitos this season.
He was also top scorer among the greeks with 17 goals in 34 matches and second at the whole league.

But according to the other changes Santos should make, this is the last one.

Thought Samaras played really well, fell out it in the last 10 minutes or so, but he put in a good shift.

He was slow, mainly at some counter attacks or when some of his teammates were running and waiting for a fast pass.
He also make some mistakes.
He's quite good player but unfortunately not usually.
There are better players at the bench (Fetfatzidis, Ninis).

Now we need only win again Russia, it's extremely difficult but no impossible.
We have to believe it and have a solid defence, thats our weapon.
Keep the 0 at the back and score at a counter attack.

I think that Sokratis and K. Papadopoulos will do fairly good their job.
I hope Sifakis will be the GK.

Very difficult match, but everything is possible at football

My congratulations the Orthodox brethren, you deserve it!

Artem said:
My congratulations the Orthodox brethren, you deserve it!

Thank you man, I hoped the other game drew so you could also progress.

This was the exact result of what I thought to happen in this group, congratulations to Greece for their performance, hopefully we met you in the next match.

What a strange group.

Congrats Greece. See you in the final.

Congrats! Greece was very unlucky with refs this group stage, so it's even a bigger achievement...

We play with Germany if:
Germany wins
Germany draws

We play with Denmark or Portugal if:
Denmark wins

Congrats neighbors! Well deserved one! Very good performance from the team and a brilliant performance by Samaras, he was surprisingly awesome!

It for you Greece: 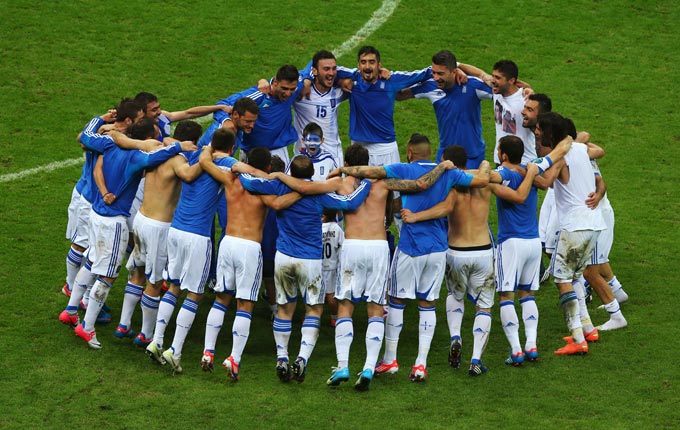 Greece is back again...

We're proud again!
Our performance was great, all players played pretty well!
Samaras closed many mouths with his play (actually one of them was mine).
Everyone was perfect, congrats!

I think we played better and we deserved it.
This is our real GK, Sifakis, not Chalkias (He pays to Hellenic Football Federation in order to play, thats what i believe).

I don't think that we can qualify, all the possibilities are against us but nobody knows

Again congrats to our players, this is real greek passion

We showed ya this:

Greece is still in the Euro.

Great game guys, congrats! I was happy that we lost to Greece and not anyone else.. Good luck!!

So much importance for Greece on many levels. I can't wait.

Go for it Greece, nothing would please me more than seeing German failure 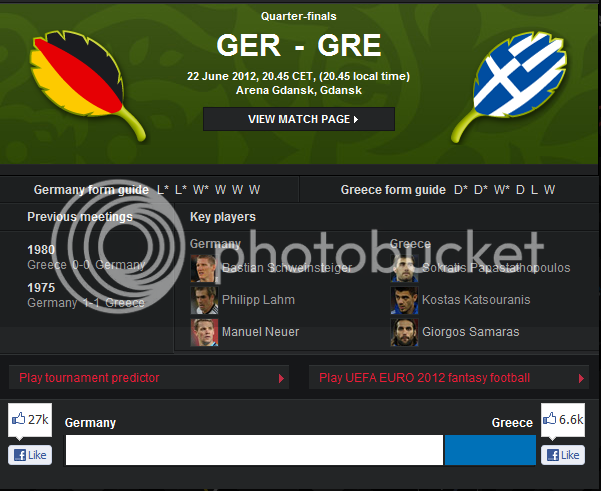 Very difficult match, i just want to do our best

This will be an interesting match.

The last match was 11 years ago in Athens 2:4 win for us.
At EC or EC qualifiers it was 3 times a draw - i guess this time it will be different, someone has to win in the end...

Looking forward to this match.
I think this will be a hard one, though we are the favourite team.
But that was Russia, too...

It's like the Euro 2004's match with France but this time we have another big team.
WE ARE NOT AFRAID!
The soul of Hellenes will make us proud again!
And the next opponent after Germany may be the Portugal

Btw I should inform the Europeens that this match is a matter of honor.Every Greek hates Mercel for the intolerable taxes and the unfair rates of loans that we have to pay.
ΕΛΛΑΣ ΟΛΕ ΟΛΕΕΕΕΕΕ!ΔΕΝ ΣΤΑΜΑΤΩ ΝΑ ΤΡΑΓΟΥΔΩ ΠΟΤΕΕΕ!

Every Greek hates Merkel yet you vote for a pro-euro party?

Mitsaras4 said:
It's like the Euro 2004's match with France but this time we have another big team.
WE ARE NOT AFRAID!
The soul of Hellenes will make us proud again!
And the next opponent after Germany may be the Portugal

Btw I should inform the Europeens that this match is a matter of honor.Every Greek hates Mercel for the intolerable taxes and the unfair rates of loans that we have to pay.
Click to expand...

It's sport - no need to be afraid

Now we are more experienced in playing teams with strong defence.
This will be another challeging match.

And you defintely WON'T face Porutgal in next round !!!

But please keep politics out of sport and this match.

BTW: it's absolutely ridicoulus to blame Angela Merkel - she is not responsible for all the problems Greece suffers since years / decades.

Yes,but if it wasn't for her and that a***ole you've got as a Minister of Economics(I can't spell his last name correctly) idiotic attitude towards Greek people,we wouldn't have been like that.Everyone knows unfair taxes are no solution. 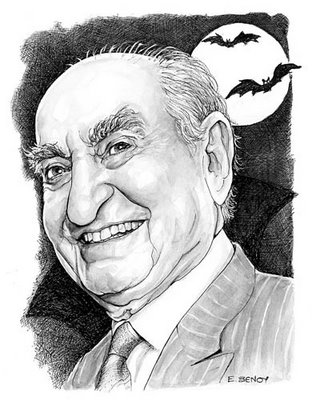 After this spoiler we have already been out of euro.
They will reduce our 4 points for some reason, you will see